Adventure has a nice ring to it. The thrills. The rush. The magic. It’s a prospect that tickles the senses.

But in daily life, it’s easy to feel deprived of adventure. Routine tasks, unappreciative bosses, and overcrowded schedules zap the thrill out of the daily grind.

This state of affairs, however real it might seem, is an illusion.

Opportunities for growth and adventure are everywhere — if you know where to look, that is.

If you raise your gaze, there’s a special place a bit further beyond. It’s a place where adventure and growth can always be found, no matter the circumstance.

That place is the frontier.

The frontier and the adjacent possible

Adventure takes place at the frontier. It happens in a dance between the known and the unknown. 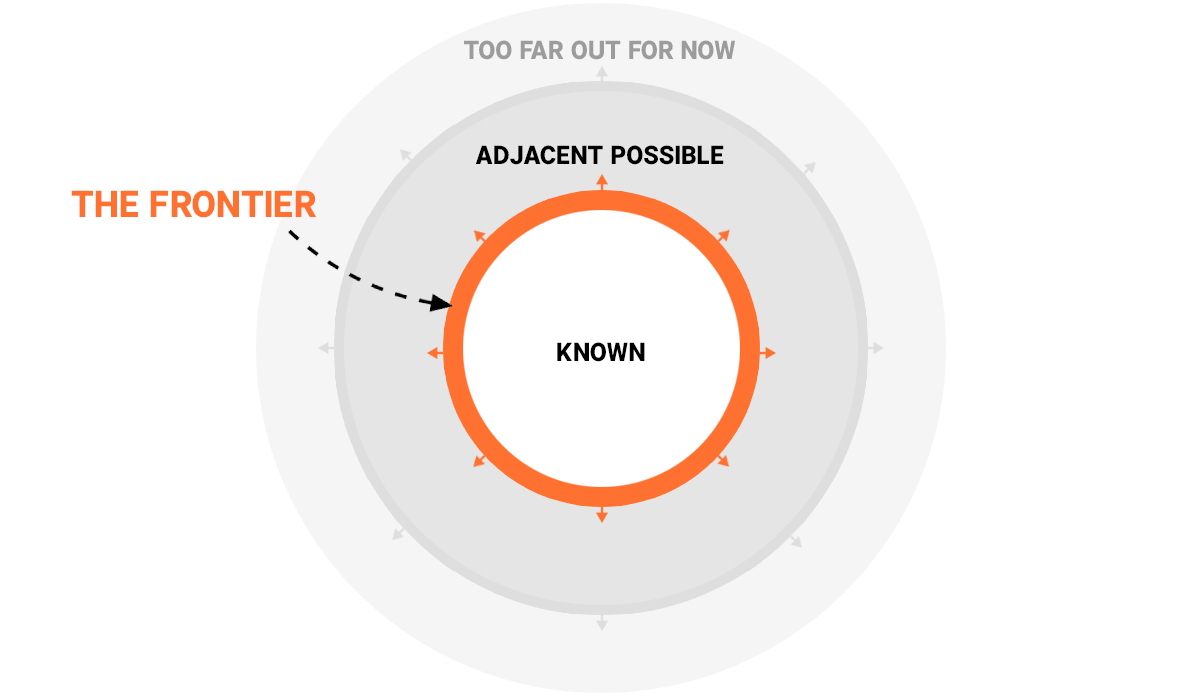 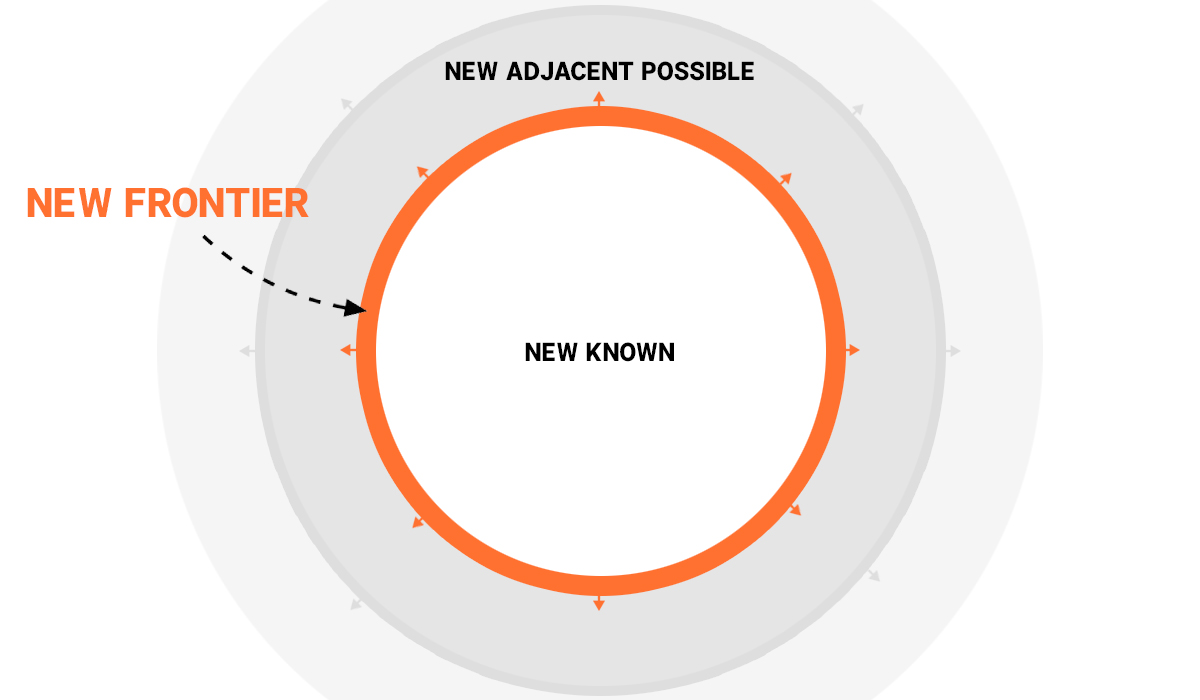 Even though breakthroughs seem like big leaps at the time, they’re not. Instead, innovation is the result of a gradual process of leaning into the frontier, and expanding the adjacent possible — one step at a time.

No frontier? Then no growth, and no adventure.

So you’re longing for adventure. The first task is to find the frontier. It’s the composed of the following:

The frontier is a combination of the known and the unknown. It’s stability and uncertainty, security and panic, all at once.

The frontier is when you feel desire and fear at the same time. It’s where “I want to…” meets the “…but…”.

It’s what the poet David Whyte calls beautiful trepidation: “the sense of something about to happen that you’ve wanted but that you’re scared to death of actually happening.”

Usually we can sense where the frontier is, but we shy away from it. Maybe it’s too frightening. It might seem overwhelming. Or perhaps we’re afraid of leaving what we know behind.

Whatever the resistance, it’s all a fear of being fully present at the edge. It’s a fear of showing up and being fully visible in the face of the unknown.

The frontier demands all of us. It’s nothing you can shy away from. Only by standing there, and being there with it all, are you truly at the cliff edge of existence.

Once you’ve finally collected the courage to stand at the edge and peer into the abyss, the final step is to lean into the frontier.

The first moments of leaning in will be terrifying, strange and uncomfortable. But because of the fear it creates, it’s also exhilarating. It makes you come alive. It’s a cocktail of danger, thrills, fun, terror, and excitement all at once.

You can let the fear and resistance stop you. Or you can use it a signpost of where to go, of where to lean in. Once you lean in far enough, momentum and gravity will take care of the rest.

Practice for your future self

Sometimes the frontier is clearly marked, but other times it’s hidden from view. Either way, it can always be accessed, even in the dullest of circumstances.

If you’re facing an annoying colleague, you have several options. You can sigh and not listen. You can react with anger, irritation and frustration. Or you can use the interaction as an opportunity to lean into the frontier by practicing empathy, patience and leadership.

Each time you practice leaning into your edge and you persevere, you’re expanding your range of abilities. You’re expanding the adjacent possible. And with that expansion, you’re creating more opportunities and possibilities for the future.

Your future self is the result of every individual action you take today. So treat your future self with respect. Find the frontier in every moment. Dare to be fully present at that cliff edge. Lean into it and expand the adjacent possible. And watch as new worlds emerge.

← The Innovator’s Guilt
The Art of Conditionlessness →