“Happiness is when what you think, what you say, and what you do are in harmony.” — Mahatma Gandhi

When you think of the term personal brand, it probably brings to mind the glossy image of a pop-star celebrity. A globetrotting blogger perhaps. Or even an aspiring corporate warrior.

But I believe that one of the world’s greatest personal branders was Mahatma Gandhi. 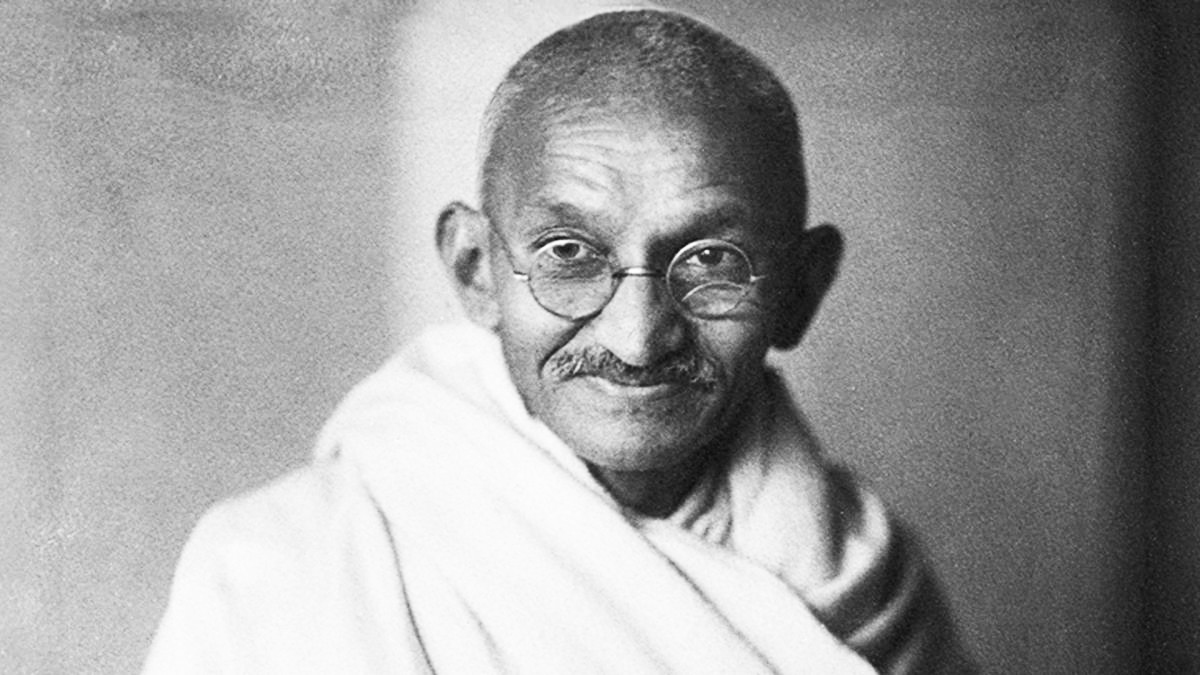 The iconic world-changers of history have all had strong personal brands. They had a set of core beliefs and a guiding philosophy that guided everything they did. They could be trusted to lead by example, and lived the virtues they so espoused. They had a reputation that they upheld through every act throughout their life [1].

Gandhi’s core belief was truth. Although he was dedicated to serving—and he undoubtedly served millions of people—what drove every part of his being was his unrelenting quest towards the ultimate truth. The title of his autobiography proves the point: The Story of My Experiments with Truth. 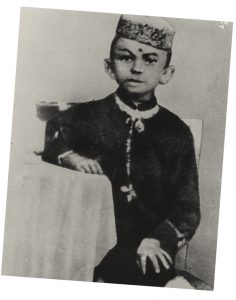 So how did he bring his brand of truth to life? There’s a touching story from early in Gandhi’s childhood where the seeds of his brand beliefs were planted.

In a rush of youthful mischief, Gandhi had stolen a bit of gold from his brother’s armlet. Overwhelmed by guilt, he decided to hand a written confession to his sickly father. Gandhi remembered:

“I was trembling as I handed the confession to my father…He read it through, and pearl-drops trickled down his cheeks, wetting the paper. For a moment he closed his eyes in thought and then tore up the note. He had sat up to read it. He again lay down. I also cried. I could see my father’s agony. If I were a painter I could draw a picture of the whole scene today. It is still so vivid in my mind.”

”A clean confession, combined with a promise never to commit the sin again, when offered before one who has the right to receive it, is the purest type of repentance. I know that my confession made my father feel absolutely safe about me, and increased his affection for me beyond measure.”

A touching story indeed. But it’s the last sentence that proves the power of a brand. Gandhi was dedicated to truth. But he couldn’t only say it, he had to prove it, too. He had to act it.

He became obsessed with the truth. And once he showed the lengths he was willing to go to adhere to the truth, he began building a reputation for it. This made people feel “absolutely safe” in his presence — because they could trust he would live by his word. 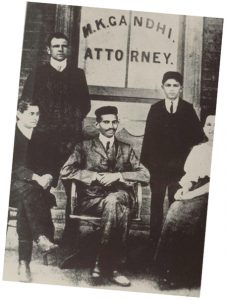 During his twenties, Gandhi found himself in South Africa working as a lawyer. It’s a profession that—on the surface at least—is dedicated to the truth. So a solid career choice, for sure. But what do you do when you know the client is lying? Gandhi wrote:

“I warned every new client at the outset that he should not expect me to take up a false case or to coach the witnesses, with the result that I built up such a reputation that no false cases used to come to me. Indeed some of my clients would keep their clean cases for me, and take the doubtful ones elsewhere.”

This was proven before a magistrate court in Johannesburg. The client was on the witness stand, and it become clear that he had been deceiving Gandhi. Immediately, Gandhi asked the magistrate to dismiss the case. People in the room were astonished. A bold move, certainly. But it paid off handsomely—the client knew about Gandhi’s devotion to the truth, and the immediate reaction only reinvigorated that belief. As Gandhi writes:

“…my conduct in this case did not affect my practice for the worse, indeed it made my work easier. I also saw that my devotion to truth enhanced my reputation amongst the members of the profession, and in spite of the handicap of colour I was able in some cases to win even their affection…This frankness earned me the unbounded affection and trust of my clients. They were always willing to pay the fee whenever consultation with senior counsel was necessary. This affection and trust served me in good stead in my public work.”

A personal brand is strong when what you do is aligned with what you say and believe. And the more you’re under pressure to act in the ways you believe in and you follow through, the stronger your brand becomes. As the Latin writer Publius Syrus proclaimed, “anyone can steer the ship when the sea is calm.” What reveals strength of character and brand is how you steer the ship when the sea is storming.

For Gandhi, saying no to clients and confessing to his father were not easy decisions. “I did not dare to speak”, he said. “Not that I was afraid of my father beating me. No I do not recall his ever having beaten any of us. I was afraid of the pain that I should cause him.” That sense of pain was palpable. But the fact that he acted in line with his beliefs despite the pain is what made his brand strong.

“It is one thing to hold principles,” says author Henry Cloud, “but another to live them.” The word integrity comes from the Latin integer, meaning one. We have integrity when we’re whole—when we’re the same inside and out. When we do what we say and believe.

So call it integrity. Call it character. Call it what you will. But for the sake of our reputations, our brands, and our own well-being, sticking to our core beliefs and our commitments brings order to ourselves and to our reality. It creates harmony between the inner and the outer; ease rather than dis-ease. This approach to life “harmonized my inward and outward life,” Gandhi claimed.

Life harmony—all from a personal brand. Who knew?